The Money Bubble: What To Do Before It Pops

In testimony before Congress in 1912, J.P. Morgan, the leading financier of his day, declared: “Money is gold, nothing else.” A century later a diametrically opposing view was taken by Wall Street legend Warren Buffett who proclaimed that gold “has no utility” and that “anyone watching from Mars would be scratching their head” trying to figure out why people value it.

How is it possible that one hundred years ago money was nothing but gold, but gold now has no utility? Has gold really changed? Or is it just people’s perceptions that have changed, and gold has the same utility as before but its attributes are being ignored or have been forgotten?

These questions and many more are answered in The Money Bubble: What To Do Before It Pops, a new book I have written with John Rubino. We explain what money really is; why there is a bubble; and importantly, what to do before it pops. 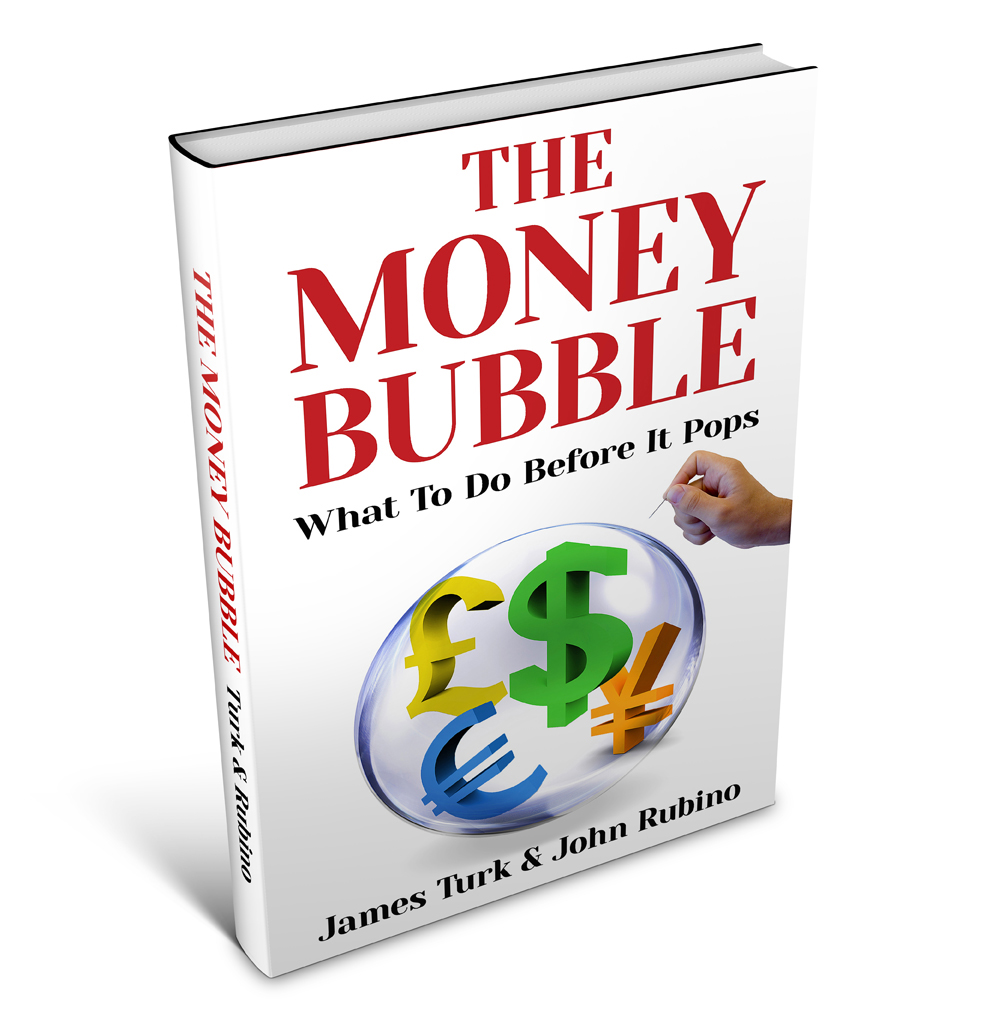 A bubble arises when conventional wisdom contradicts economic reality. For example, during the dot-com bubble there was a widespread but erroneous belief that profits didn’t matter – only market share did. The housing bubble grew on the pervasive though obviously incorrect belief that house prices never declined. Conventional wisdom now believes that national currencies are money, rather than what they really are – a money-substitute circulating in place of money.

If I ‘pay’ for a product by promising to deliver my product tomorrow, the transaction is not extinguished. The merchant has taken on “payment risk” by accepting a “money substitute” instead of “money” itself. The merchant has this risk until he takes the money-substitute and exchanges it for some good or service useful and valuable to him, assuming of course he can do so before any ruinous event arises that erodes or destroys the purchasing power of the money-substitute.

Thus, credit cannot possibly complete a transaction. The use of credit by means of any money-substitute simply defers payment to a future date, and the merchant’s acceptance of this postponement means he is taking on someone’s promise – and that always involves risk. This risk is the loss of purchasing power that results from inflation, bank failures and capital controls. It is the risk of broken promises.

As the J.P. Morgan quote above makes clear, money is simply the most liquid tangible asset in the economy. Whenever credit in the form of some money-substitute is accepted by a merchant in exchange for the product he is selling, he is not being “paid” in the real meaning of that word.

So for example, if I paid for the merchant’s product with a gold coin, the transaction is immediately extinguished. An asset is exchanged for another asset.  I get the product and the merchant gets the coin; he has no lingering risk, which contrasts with a transaction when any national currency is used because all of them represent credit. Every national currency in circulation is a liability on some bank’s balance sheet, and liabilities of course are not assets. National currencies are nothing but promises to be exchanged for goods/services, and promises always come with risk because they can be – and often are – broken.

The above observations mean that gold is at the center of all commerce because it is the most liquid tangible asset in the global economy. Gold is the world’s money, with silver a useful gold substitute that can also serve as money.

So what was true 100 years ago is still true today. Money is gold, but in recent decades fewer and fewer people now recognize this fundamental principle.

As a result, growing misconceptions about money have created the Money Bubble, which has evolved into the biggest bubble of our time. Given today’s unprecedented expansion of credit and blind-faith acceptance of money-substitutes throughout the world, the Money Bubble when compared to the different bubbles that have wreaked havoc in recent years will be the most disruptive of all when it pops – as John and I explain in our new book.

Click here to buy The Money Bubble: What To Do Before It Pops.