Is The Federal Reserve Broke? 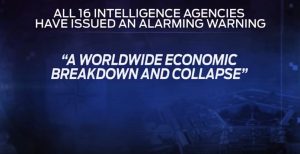 A number of pundits and economic thinkers have pondered whether the U.S. Federal Reserve System is “broke,” or at the very least, not fully revealing all of its liabilities.

Then beyond that, there are troubling recent news stories that the Federal Reserve may have been hacked and infiltrated more than 50 times in the past 5 years.

The possibility ought to concern you if you have any Federal Reserve notes in your wallet. These notes aren’t redeemable for gold or anything else tangible. They are trust-me money. What if people stop trusting the dollar? What are you going to be able to buy with it?

The wealthy money man James Rogers Jr. says our 98-year-old central bank is doomed, one reason he likes to own commodities. James Grant, publisher of Grant’s Interest Rate Observer, is a longtime skeptic of central banks around the globe and of their typically steep leverage.

Federal Reserve notes are fiat currency, Grant keeps reminding us. They are pieces of paper that can lose credibility. He’d rather own gold.

Not only can these “pieces of paper” lose credibility, some American politicians and pundits including Ron Paul have asked to see the Federal Reserve’s balance sheet. In effect, they want to “audit the Fed” and figure out where every dollar goes.

The modern Fed traces its founding to President Wilson, who created a team of advisors that crafted the proposal which ultimately became the Federal Reserve Act, passed by Congress in 1913. The legislation called for the creation of a network of 12 regional reserve banks, headed by a seven-member Federal Reserve Board made up of public officials appointed by the President.